Time for the police to FRACK off

Posted on November 17, 2014 by thelovelywibblywobblyoldlady

Reposted from NetPol (The Network for Police monitoring) 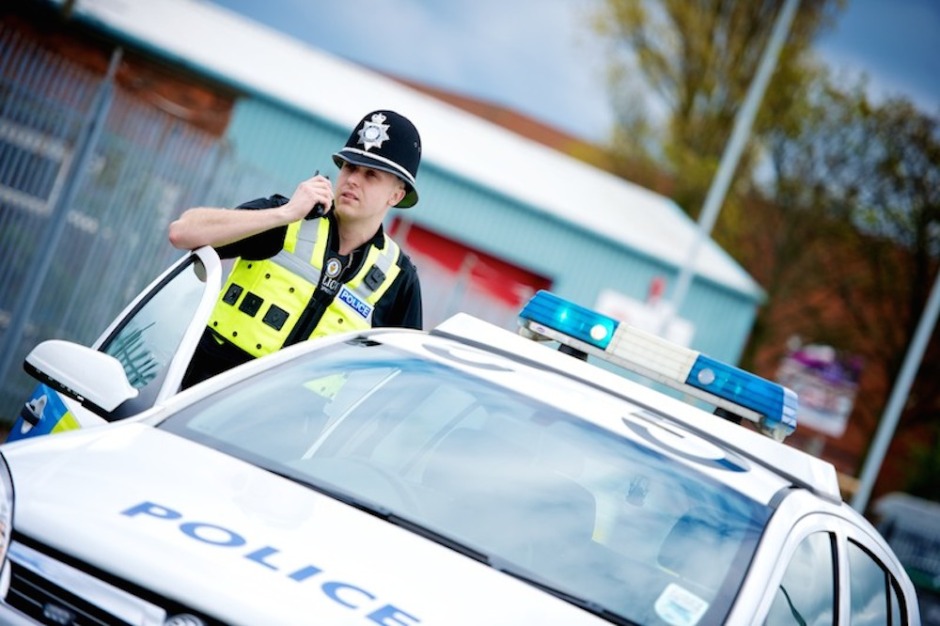 Since early last year, Netpol has heard stories about unexpected, intimidatory visits by police to the homes of anti-fracking activists: nineteen people who responded to our recent survey have reported them.

Nina’s experience is a little different: she is a journalist covering the growing protest movement, who recently received a knock on her door by counter terrorism officers. It also raises serious concerns about how far the police are prepared to act on behalf of the private interests of extreme energy companies.

This is her story. 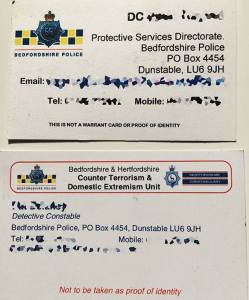 On Tuesday 23 September, around mid morning, I was visited by two plain clothed police officers asking to come into my home and interview me. One showed me his ID card, but it was unclear at first what type of police they were. It was only after I asked them why they wanted to know about my car and whether I owned it that they told me they were Special Branch officers. I refused to let them in.

They told me they had received intelligence about a man and woman in a white car with my registration number, who had filmed a proposed fracking site on Preston New Road near Blackpool and who had asked questions of two security guards who were camped in the field. I asked who had made this report and was told the security company had informed Lancashire Police, who had in turn asked the Special Branch in Bedfordshire to come and interview me. I asked what unit they were part of and was told they were from the Counter Terrorism and Domestic Extremism Unit.

The officers said there were a lot of high-risk issues around fracking sites and a high level of concern about the damage and activities that can possibly take place around them. I replied that the field in Lancashire was not a fracking site, that planning permission had not even been granted for fracking there, but I was still asked to account for my actions.

I informed the officers that I am a member of the National Union of Journalists and had been wearing accredited UK press identification at the time I was filming. I explained that I had also spoken to the head of security, told him that I was making a film about the anti-fracking protest movement and that he had closely inspected my NUJ card. I said I failed to see any reason why it was necessary to come to my home: the police in both Lancashire and Bedfordshire could have contacted the NUJ directly if they required clarification of my identity and why I was filming. I said the only reason that I could see for them to come and call at my family’s home was to try to intimidate me.

I closed the door and went to find by press card and to reassure my son, who was very worried for me and distressed by what was happening. At this point I found the situation overwhelming and could not believe this was happening at my home. I phoned the chair of my union branch: he gave me advice and told me to call again as soon as the officers had left. I then went back outside my house, asked the policemen to step onto the pavement away from my front door as they were upsetting my son and then showed them my NUJ press card. I again asked why they had felt the need to come to my home, why they had not phoned me to ask me to attend the police station or why they had not simply contacted my union. They insisted that Lancashire Police had only had a description of me and my son and my car number plate. I said this was impossible: I had given my details to a police inspector at the site and several Police Liaison Officers had also seen my press pass and asked me why I was filming.

I have never had a police visit like this for other subjects I have filmed. I suspect the visit was because of a short film I made about the establishment of the Nana’s Camp at New Preston Road and released online, which was seen widely and I understand was referred to in court during legal action by Cuardrilla. I had been warned by some of the activists I have met that the shale gas companies were using the police to intimidate people but I had seen this as an exaggeration before. In fact, I had been previously quite impressed by the approach taken by Lancashire Police, but this has now completely changed.

As a journalist, this intimidating and heavy-handed response by the police to legitimate media activities is extremely disturbing. What angers me the most, however, is that my son, who was only 15 at the time I was filming but wants to become a filmmaker and assists me whenever he can, is now also the subject of a counter terrorism and domestic extremism investigation. As a mother, I find this horrifying.

If you have been visited at home – or if you believe that private security for energy companies like Cuardilla and IGas may have gathered information about you – you can contact us in strictest confidence.

4 Responses to Time for the police to FRACK off