Posted on November 19, 2014 by thelovelywibblywobblyoldlady 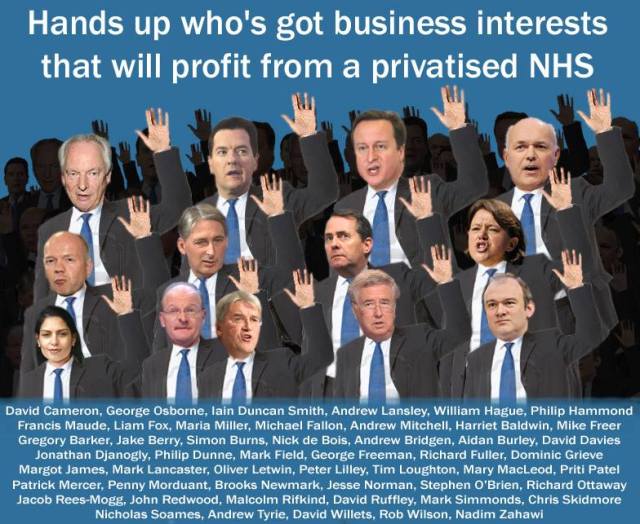 Article from the Mirror by Jack Blanchard

PM David Cameron and Health Secretary Jeremy Hunt are among 64 Tory MPs named in a study by Unite – Lib Dems Nick Clegg and Vince Cable are also on the list.

One in five Coalition MPs have links with private firms who could profit from the Government’s NHS reforms, a damning dossier will reveal on Tuesday.

Prime Minister David Cameron, former Health Secretary Andrew Lansley and his successor Jeremy Hunt are among 64 Tory MPs named in a study by the Unite union.

All 71 MPs named in the dossier voted in favour of the Government’s controversial Health and Social Care Act in 2012, which opened up the NHS to more private firms.

It comes ahead of Friday’s crunch vote on Labour…