So, where’s the money coming from George? (part 2)

Posted on April 13, 2015 by thelovelywibblywobblyoldlady

The Rich tory supporters shall INHERIT the Earth 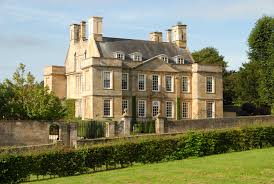 Inheritance Tax is paid if a person’s estate (their property, money and possessions) is worth more than £325,000 when they die. This is called the ‘Inheritance Tax threshold’.

Let’s turn now to average house prices in the UK:

According to data from the Land Registry, the average UK house price is £182,252

If the Conservatives win the general election, then from April 2017 parents would each be offered a further £175,000 “family home allowance” to enable them to pass property on to children tax-free after their death.

This could be added to the existing £325,000 inheritance tax threshold, bringing the total transferable tax-free allowance from both parents in a married couple or civil partnership to £1m.

The full amount would be transferable even if one spouse had died before the policy came into effect, the Conservatives say, and so would benefit existing widows and widowers.

So the £8 billion spending pledge for the NHS certainly won’t be coming from Inheritance Tax then.

and, will push up house prices.

It seems that the tories would rather get their money from the poor, vulnerable and disabled; because in the words of that other prize tory pr*ck

7 Responses to So, where’s the money coming from George? (part 2)