Michael O’Sullivan inquest: Atos ‘has no idea’ if surgeon is still assessing claimants

Posted on September 25, 2015 by thelovelywibblywobblyoldlady 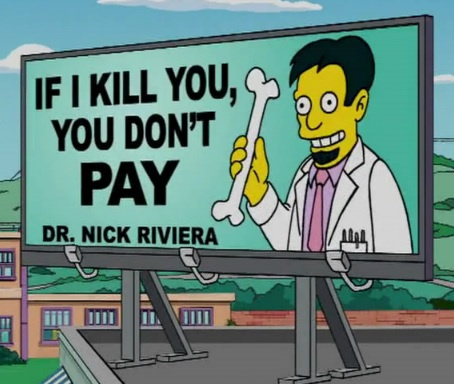 Government contractor Atos Healthcare claims it has no idea if a former surgeon whose flawed assessment of a disabled man helped trigger his suicide is still testing people with mental health conditions for their eligibility for disability benefits.

Disability News Service (DNS) approached Atos following last week’s revelation that a coroner had demanded government action after concluding that Michael O’Sullivan, from north London, killed himself as a direct result of being found “fit for work”.

The coroner, Mary Hassell, described how the former orthopaedic surgeon who carried out the work capability assessment (WCA) for Atos had concluded that O’Sullivan was “at no significant risk by working”, and failed to ask him if he had suicidal thoughts.

Following last year’s inquest, the coroner wrote what is known as a prevention of future deaths (PFD) report, and sent it to DWP, because she said there was “a risk that future deaths will occur unless action is taken”.

In her report, Hassell said the former surgeon had failed to take into account the views of any of O’Sullivan’s doctors during a 90-minute assessment, telling him the DWP decision-maker would look at that evidence instead.

But the Department for Work and Pensions (DWP) decision-maker who subsequently decided on the claim failed to request any reports or letters from O’Sullivan’s GP (who had assessed him as not being well enough to work), his psychiatrist (who had diagnosed him with recurrent depression and panic disorder with agoraphobia), or his clinical psychologist (who had assessed him as “very anxious and showing signs of clinical depression”).

Now, following widespread anger over the case, DNS has asked Atos whether the former surgeon is still carrying out assessments of people with mental health conditions.

Although Atos handed over the WCA contract to another company earlier this year, it still has two major DWP contracts to carry out similar assessments for another disability benefit, personal independence payment (PIP).

Many former Atos assessors are also now working for Maximus, the controversial US outsourcing giant that took over the WCA contract in March.

But Atos has told DNS that it has no idea if it still employs the former surgeon who assessed O’Sullivan, because all of the information connected with its old WCA contract was now “with Maximus or DWP”.

The company also claimed that it does not know whether it took any action to retrain – or discipline – the former surgeon following the coroner’s PFD report.

John McArdle, co-founder of the user-led grassroots group Black Triangle, said he would be “extremely concerned” if it emerged that he was still carrying out disability assessments of people with mental health conditions, because he had “failed to behave in a professional manner required by the General Medical Council’s guidelines”.

He said: “He failed to make a risk assessment, he ignored written evidence that was before him, and he failed to pass concerns further up the line to the [DWP decision-maker].”

Peter Beresford, co-chair of the national service-user network Shaping Our Lives and professor of social policy at Brunel University, questioned why Atos would employ somebody “so clearly either lacking in professional judgement or exceeding his own area of professional competence”.

He said: “We must also ask what the professional bodies are doing about this sort of failing, to ensure that their professionals work in an ethical and professional manner.

“This hardly does credit to either the medical profession generally or to the profession of orthopaedic surgeons specifically.

“It points to major problems of regulation that go well beyond the realm of the DWP and Atos.”

He added: “Sadly, in the context of so-called welfare reform, no-one is prepared to accept their responsibility and they seem still able to get away with this, even as here where it is a matter of life and death.”

Disabled People Against Cuts (DPAC) was also critical of the use of a former surgeon to assess someone with mental health problems.

A DPAC spokeswoman said: “Although the courts have decided that a physiotherapist should be able to assess somebody with mental health conditions, time and time again we are seeing these people being failed by the ‘disability analysts’.

“This case is particularly shocking as Mr O’Sullivan mentioned that he was feeling suicidal in his ESA 50 form [DWP’s ‘capability for work questionnaire’].

“An orthopaedic surgeon, who is a doctor before anything else, should have picked up on that.”

Atos was heavily and repeatedly criticised over its failings in delivering the WCA, and was allowed to pull out early of its contract this year after being hounded by disabled campaigners and MPs over its performance.

Activists had pointed to links between the way Atos carried out the assessments and relapses, episodes of self-harm, and even suicides and other premature deaths among those being assessed.

Ian Jones, co-founder of the WOWcampaign, said the Michael O’Sullivan case showed yet again why both the government’s personal independence payment test and the WCA were unfit for purpose.

He said: “The refusal by Atos to ensure qualified, experienced professionals assess people’s eligibility for life-changing support is cruel, disingenuous and a major flaw in the process.

“WOWcampaign advises people to complain to their MPs about incompetent assessments by Atos or Maximus on behalf of this Tory government in the hope it may lead to more professional judgements in their individual cases.”

And Mark Harrison, chief executive of Equal Lives and a DPAC member, said: “The work capability assessment is a flawed and not-fit-for-purpose process.

“It is being implemented by private companies whose motivation is profit and being delivered by staff who don’t understand or care about disabled people.

“We in DPAC and Equal Lives have been campaigning for five years for them to be scrapped and replaced with an employment support service which removes the barriers in the training and jobs market.”

2 Responses to Michael O’Sullivan inquest: Atos ‘has no idea’ if surgeon is still assessing claimants